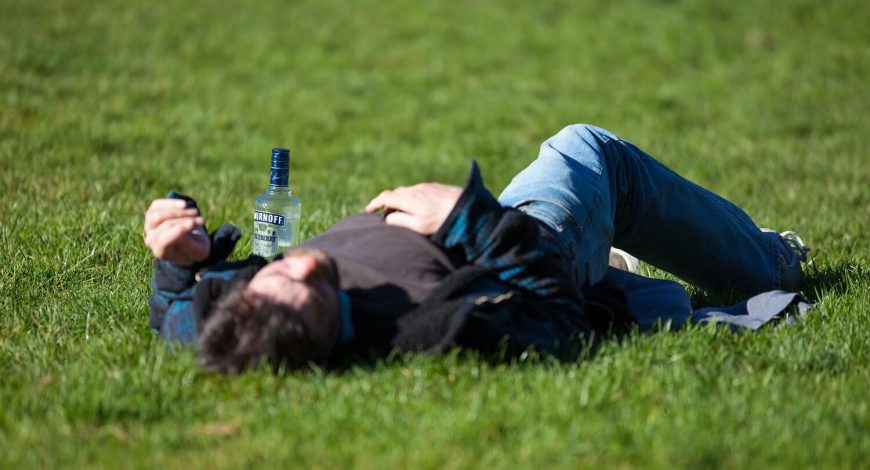 Hey bro: Did you get drunk and f*ck up?

If you’re reading this, then hey – at least you’re alive. At a minimum you should feel good about that. Yay!

Now, let’s get your shit back on track. These simple steps will help you develop an action plan for minimizing hurt feelings and negative consequences caused by a night of drunken f*ck-ups.

Step 1: Stop beating yourself up.

You can and SHOULD take responsibility for the fact that you drank too much. Just don’t go down the negative-thought-spiral. Unless you are a sociopath incapable of remorse, your immediate reaction to doing something f*cked up while drunk will likely be to spend the morning-after telling yourself negative shit. This is the hangover voice – a seriously depressing chemical reaction to being drunk the night before. This is the voice that goes, “You’re a failure,” or “You’re a shitty friend,” or, “You’re stupid.” Even if you are feeling like all of those things right now, there’s nothing productive in clinging to those thoughts.

Resist the urge to interpret the hater voice. The bottom line is that you got drunk, and now you’re going through a chemical depression. In the same way that you wouldn’t try to think your way through a hangover headache, don’t analyze your negative thoughts. Just take some Advil and advance to Step 2.

You feel bad. You hate feeling bad. You don’t want things to escalate. You want people to back off your shit. I get it. But that is no reason to make sweeping promises, like “I’ll never drink again” or “I won’t do shots of Jamo anymore.” Do you actually plan to follow through with that promise? No? Then don’t promise it. Maybe you want to tell people that you’re going to go to AA and see a counselor. Really? Because if you don’t follow through with those steps, then no one will trust your word. And trust is hard (sometimes impossible) to earn back. Before you go around telling people what you THINK they want to hear, make a plan for what you are actually WILLING TO DO. If you can’t think of any promises right now, then good work – at least you’re being honest! Now for Step 3.

Step 3: Figure out who you pissed off.

If you got too drunk AND blacked out, then it’s time to do a bit of reconnaissance. Do you think you were with people who might remember what happened? Are you missing your cell phone, wallet, or keys?

Check your text messages and call log to see if you engaged in bad behavior while blacked out. Open up Facebook, Instagram, and all of that other crap you keep on your phone as well. Did you send your ex a booty call? You should probably assume she is pissed off. Did you call your friend at midnight because you couldn’t figure out where he went and why you couldn’t find nachos? Just assume that he is pissed off, too. The best course of action is to assume that you basically pissed off everyone who crossed your path. Why? Because drunk guys aren’t known for being genteel, refined, or considerate. Most importantly, these next steps will require that you go into repair-mode with a little bit of humility. Stay with me here.

Remember Maslow’s hierarchy of needs? It kind of looks like this: 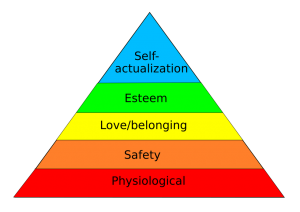 Let’s translate that into F*CK-Up Assessment. After a night of drunken foolery, ask yourself the following:

Safety: Did you endanger yourself or someone else? Did you start a fight, drive a car, or change the baby’s diaper while inebriated? Did things get “physical” with your significant other?

As an aside, it doesn’t really matter “who started it” or “what she did to me.” What matters is if you’re the kind of guy who wants to be associated with domestic violence or being known as a wife beater. Do you? Yeah, didn’t think so.

Love/belonging: Verbal violence and cruel remarks said to loved ones leave invisible scars that are often more painful (and lasting) than the physical ones. If you wronged a friend, insulted your girlfriend, or told your in-laws to go f*ck themselves, then there are some radical actions you need to take RIGHT NOW to go into repair-mode.

The first action is admitting that you were wrong. Whether or not you meant what you said, ask yourself this: Would you have said what you said last night in a kinder, more respectful way if you had been sober? If yes, then you were in the wrong.

Esteem: Did you do something that really went against your values? If you had seen yourself on video tape, and were an outside observer, would you have taken one look, and been like, “F*CK that guy!”?

The things we do when drunk can demolish our ego and change the way we view ourselves. You may counsel yourself by believing that you “become a different person” when you’re drunk – as though you suddenly stop being you. Alcohol can do a lot of things to your mind, but it CANNOT replace your brain with the brain of another person.

Did you piss the bed? Park your car by smashing it into a tree? Sorry to say, but that was you. Did you get after it one night and end up cheating on your girlfriend? Did you pass out after leaving a pizza in the oven until it set on fire? That, I am afraid to say, was also you, my friend. Even though you were not displaying your best behavior, accept accountability for your actions. If you’ve disrespected yourself, avoid agonizing over whether or not you’re secretly an alcoholic, and instead start thinking: What do I need to change STARTING NOW? Focus on actions. Move forward.

Self-actualization: Aristotle describes this level as man at his very possible best – like if you were to become an action hero or some shit. I’m going to go out on a limb and *guess* that self-actualization was not happening while you were drunk. Feeling good when you’re buzzed is pretty damn different from being a good person when you’re sober.

After you’ve gone through this hierarchy, you may feel kind of low. Go back to Step 1 if you’re feeling like a total asshole. Remember – the task is to take responsibility for what happened without getting distracted by your unproductive, negative thoughts.

Step 5: Identify action steps for each rung of the hierarchy.

If you compromised Love/Belonging by calling out your best friend, then identify the action you need to take to repair things. Call your friend up and admit you were a d-bag. If you did something really bad, then prepare yourself for the reality that he might still be pissed. Sometimes people stay mad for a while. If you f*cked up, then start by being a good friend TODAY by accepting that he might want some space before he decides that you’re “all good” again.

Did you endanger yourself or others by drinking and driving? This happens more than anyone would like to admit. And that’s exactly why you’re going to call or text anyone who was in your car and tell them flat out that you shouldn’t have been driving last night – and that you’re sorry. Even if your friends think it’s no big deal (maybe they were way more drunk than you and just happy to have a ride), remember that they’re your FRIENDS, and they deserve to know that you would feel kinda terrible if they became roadkill. This also makes it clear that you definitely need a new Designated Driver the next time you hit the town.

I hear you protesting – Why take this seemingly unnecessary step and confess what you did wrong? Because you’re in repair-mode. And it is never worth it for others to lose their trust in you. Period. When people can’t trust you, they can’t respect you for shit.

Was your Significant Other aware of or even indirectly involved in your drunken f*ck-up? Then you owe it to your S.O. to acknowledge any patterns in your bad behavior. It goes a long way when you just show that you care about the problem. If this f*ck-up really was just a one-time thing, then you at least need to take a step back and figure out how the night got away from you.

This is just the starting point for you, but it’s a hell of a lot more productive than crying in bed thinking about what a scumbag you are. F*CK the hater voice in your head – it’s time to map out an action plan. You got this, bro.