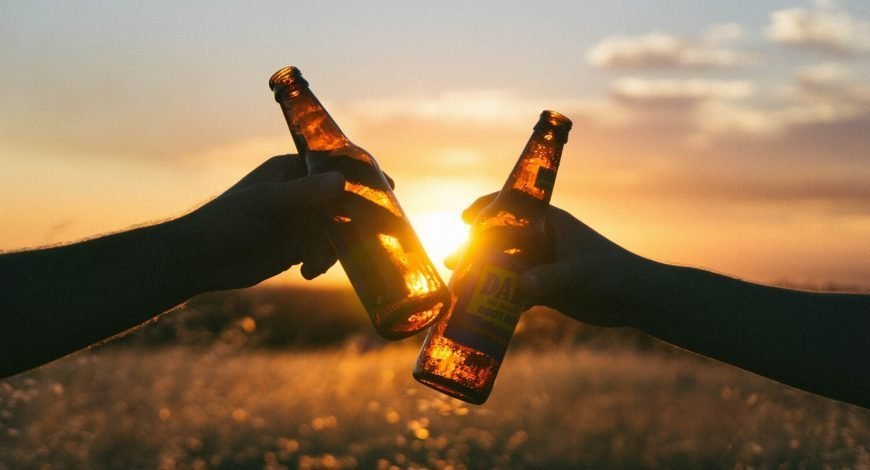 People make jokes all the time about how they are “functional alcoholics.” Owning that label, and making it humorous deflects any potential concerns that people have, who may wonder how much you really drink. Calling yourself an HFA can be a way to dodge the elephant in the room when you’re with all of your drinking friends, who may be wondering if their own drinking is normal.

If a successful person calls himself an “alcoholic” in a joking way, then surely he is not a “real” alcoholic, right? It’s not like he’s living on skid row…

Unfortunately, mainstream media reinforces the idea that an HFA is somehow better off than a “low bottom” drunk.” Reality TV shows like Intervention feature people who have already suffered several negative consequences from their drinking, who have “hit rock bottom.” Most HFAs will struggle to identify with this kind of problem alcohol use.

As a counselor, I often hear HFAs claim “I’m not an alcoholic because…

“… Everyone I know drinks, and we’re all successful.”

“… I could go for weeks without drinking, and think nothing of it.”

Indeed, if you go to an inpatient alcohol treatment facility, you are bound to hear frightening stories about alcoholics hitting a “low bottom” – being homeless, vomiting blood, or being cut off from family and friends. Most treatment facilities are in part guided by the 12 Steps of Alcoholics Anonymous, which focuses intensely on “telling your story about hitting rock bottom.”

The false comfort for the HFA is that he feels better about himself when he hears stories about “low bottoms.” I have several clients who, prior to working with me, were told by their spouse or a concerned friend to “go to AA,” only to return from an AA meeting even more convinced that he does not have a drinking problem. How could this be? Because the HFA views himself as “better than” the people who populate the rooms of AA. His willingness to view his alcohol use as a problem disappears; he is confident that he is in control of her drinking.

Perhaps that is one of the reasons that, among problem drinkers, a mere 5% achieve long-term sobriety through AA. As Bill Wilson, the founder of AA, famously wrote, “There is a solution.” That solution – AA – is no silver bullet. For most HFAs, if AA is the only solution, then they will never view their drinking as a problem.

Why Should an HFA Worry?

Let’s look at an example of a High-Functioning Alcoholic.

“Steve” is a 34 year-old CEO at one of the country’s top PR firms. Steve has always been ambitious – a fierce go-getter who was determined to rise to the top. He didn’t start drinking until he attended college and joined a fraternity. Although drinking was prevalent among his frat brothers, Steve never drank to the point of blacking out, vomiting, or even getting a severe hangover.

After receiving a double major in Economics and Communications, Steve was offered an entry-level position at a reputable PR firm. His hours were long, but he stayed focused on the end goal of becoming a top executive. Because Steve worked so much, there was not much time for him to drink unless it was directly related to his job. His co-workers often went out for drinks after a long, stressful day of work. Every Friday, there was a beer cart that went around the office to “treat” employees for reaching the end of the work week.

Once Steve was offered a promotion, he was expected to entertain prospective clients over dinner and drinks to “seal the deal” with contracts. Other than those occasions, Steve did not drink. He did not want to compromise his work by overdrinking.

As Steve moved up the career ladder and his responsibilities increased, he also attracted the attention of the woman who was to become his wife. Together, they bought a three-story house in a suburb that was known for its excellent public education. They had two healthy children. After 12 years of hard work and long hours, Steve finally secured the position of CEO at his company. To friends and colleagues, Steve really “had it all.”

By the time he was a CEO, Steve had also gotten into the habit of having a few drinks after work. He always waited until he got home and the kids were in bed. He enjoyed a good gin and tonic while relaxing on his favorite chair. If one drink led to three or four drinks, Steve didn’t think twice about it: he had a stressful job and had “earned” his downtime.

Steve continued to entertain clients and drink with his colleagues. Networking and drinking were just a part of the job. Steve was never “out of control” when he drank, and rarely appeared intoxicated. He was even on the Board of Directors for a local non-profit that consisted entirely of high-achieving people in business like himself. Meetings always involved drinking. Steve was surrounded by people who drank as much, if not more, than him – and all of them were successful.

So – what’s the problem?

Steve is an HFA who has thus far managed to avoid the negative consequences of problem drinking. He has not gotten into legal trouble, has a “clean bill of health,” is secure in his job, and happy in his family life. Little does he know that he is teetering on the edge of disaster.

Steve’s use of alcohol has slowly, insidiously gone from “social drinking” to regular, heavy drinking. Steve has built up a high tolerance to alcohol, which allows him to appear controlled even after having a few drinks. He has to drink more alcohol now than he did back in college if he wants to feel intoxicated. Additionally, Steve has trouble imagining being able to relax after work without a drink.

The line between “having it all” and “losing everything” is finer than Steve can even begin to imagine. Over the years, his brain has adapted its neural connections to respond to and reward him for drinking. Even if he didn’t go through withdrawal upon quitting, Steve would feel very uncomfortable if he were to suddenly stop – not that he wants to stop. He has no reason to stop. Not yet.

“My Drinking Wasn’t a Problem – Until it Was”

Neuroadaptation allows the HFA to drink with little consequence, even as his brain slowly becomes dependent on alcohol to regulate mood, thinking, and basic functioning in the mesolimbic dopamine system. Contrary to popular belief, the part of the brain that is most affected by alcohol is not the thinking, logical, and rational frontal cortex, but rather, the subcortical “reward system,” which overrides the higher thinking of the frontal cortex. This is why I often hear clients say, “I know I shouldn’t drink, but I still do.” They beat themselves up for not using their “willpower.” Little do they realize that their drinking is progressing to a point where willpower won’t help.

Even if Steve is able to maintain his current lifestyle for several years, he has a significantly higher risk of developing health problems like heart disease, pancreatitis, dementia, depression, and numerous cancers. Before he develops a chronic health condition, however, it is even more likely that he will lose something important because of his drinking. Marriages dissolve. Years of irresponsible work and leadership are discovered and jobs are lost. A short drive to the convenience store leads to a DUI. Your children grow up to become teenagers who act out, rebel, or do harmful things to themselves because they have not learned healthy coping skills from you, except for using drinking as a crutch.

Inpatient residential treatment is simply not an option for most professionals. They worry about losing their jobs, in spite of federal guidelines that protect them from being fired. They fear that someone will find out that they are seeking help for alcohol use and that their reputations will be tarnished. In some ways, a problem drinker who is at a higher level of functioning has much more to lose by seeking inpatient treatment than someone who has minimal resources and nowhere to go.

This is part of the reason why family interventions are so difficult for people who are seemingly “High-Functioning Alcoholics”- the problem drinker has a lot to lose by admitting that there is a problem. The intervention becomes a Herculean task of somehow convincing the problem drinker that he stands to lose more in the long run if he does not change.

This is a difficult task. Ask anyone who loves a problem drinker.

The good news is that there are different types of treatment available – ones that have evolved specifically to help people who are in just such a position. Treatment options range from intensive outpatient treatment for health care professionals and lawyers to individual therapy and medications to reduce or eliminate problem drinking. Moderation Management counseling often allows a problem drinker to have their cake and eat it too – to be able to drink alcohol in a healthy way while maintaining their success.

Why aren’t more people seeking help? Stigma is one barrier. Another barrier is the lack of education about treatment options. We are lucky to be in an era where clinicians can offer research-validated and evidence-based interventions to people who struggle with alcohol use. Fifty years ago, AA really WAS one of the only options for people who engaged in problem drinking. Developments in neuroscience and medical research now offer problem drinkers a menu of treatment options that allow them to choose the treatment they desire- before they lose it all. SS