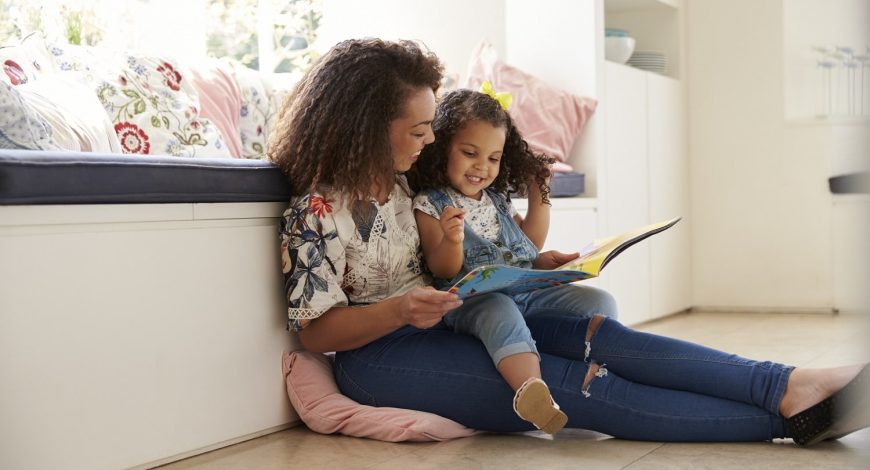 One of the things they don’t tell you before becoming a parent is that you are obligated to listen to every Disney song ever created, often multiple times a day. This is how I came to be acquainted with the song Try Everything by Shakira. As I danced around the living room with my son to this genuine bop, I kept coming back to this one lyric: Nobody learns without getting it wrong.

In some ways, it seems obvious that failure is a part of the process of how we learn and grow. But I thought about the many conversations I had recently had with clients about failure and how the fear of it becomes a seemingly unsurpassable block in so many areas of their lives. Often, at the core of fear of failure is the feeling of shame -the possibility that others will see something in us that is bad, unloveable, or weak if we fail. Brene Brown says, “Shame needs three things to grow exponentially in our lives: secrecy, silence and judgment.” So how do we embark on this journey of accepting failure as a valuable part of a growth process? We begin by talking (or singing!) about it. Here’s what I think I know about failure and how shame hijacks it to stop us from being our authentic selves.

Failure reminds us that we’re human

We fail because we are human. And yet, in many of our lives, we are rewarded the less human we allow ourselves to become. We get promotions, praise and money for working more and more hours, not making mistakes, and not allowing our emotions, wants or needs to get in the way of our output. When there is a failure in our ability to perform perfectly, we tell ourselves that we are broken machines who need to do better, do more, try harder. Somewhere along the way, many of us received the message that failure was a sign that we were not good enough, not that it was simply a feature of our humanity. And so, we avoid failure at all costs, because who wants to feel the shame of being seen as less than? What we lose when we avoid failure are the opportunities to try new things, challenge ourselves, and fully realize our potential as human beings.

To fail is to risk. When we fail, we allow ourselves to be vulnerable, to be uncomfortable, to be messy. Failure can change how others see us and how we see ourselves. Failure can have very real consequences. Failure. Is. Scary. But when we open ourselves up to the possibility of failure, we build up the trust in ourselves that we can do things that scare us- that we can be brave. Courage does not exist in the absence of fear, but in the presence of it. Courage is feeling scared, resourcing ourselves as best we can, and moving with and through the fear. Sometimes, we realize that we had been telling ourselves a story about how bad things would be if we failed that felt real, but wasn’t. Sometimes we realize the failure was just as scary as we thought, but we could survive it, keep moving. Either way, we most likely learned something important about ourselves in the process of failing that we never would have learned had we stayed where it felt safe.

Let’s be real: failure can suck. It rarely feels good in the moment and our emotional responses to it can continue to haunt us long after the failure is in the rear view mirror. So the trick to failure is not to try our hardest to avoid taking the risk and avoiding those feelings none of us would probably choose to have. It is practicing self-compassion when we fail. We acknowledge what it feels like to fail, we remind ourselves that to fail is human, and we show ourselves incredible amounts of care, kindness, and empathy. I often think that the block that failure becomes for my client is because there is a part of them that knows that failure will invite more self-criticism. Sometimes failure becomes a block because we know that larger systems may punish us for failing, refusing to be gentle with us in our most vulnerable moments. Either way, if we give ourselves the message over and over that it is okay to fail and that we and our communities will take care of us when we do, maybe that block becomes smaller; maybe the trust we have in ourselves to survive failure grows a little bit larger.

As we settle into a new year, one that hopefully holds much promise and possibility, I invite you to be bold and brave. Set your intentions, make your resolutions, dream big. Share with others your vision for your future, knowing that there may be many failures big and small along the way. Trust that these failures are never the end of your journey, just stops along the way. Shakira tells us that it’s okay to try and fall and get back up again and if there’s one thing I’ve learned, it’s that if Shakira says it, it’s probably best not to question it.

Hi, I'm Alexandra, and I'm a counselor who helps people regain control. I am here to help you utilize and build upon your strengths and acknowledge and learn from your challenges. If you're interested, you can read more about me on my about page.